There’s been a little coming and going on GUPSA’s Board last month.

Lauren Cunningham, who was elected as Equity Officer in May this year, finished her degree and graduated in November. And so, after a call for expressions of interest and interviews, Mick Fox was appointed by the GUPSA Board as Equity Officer at the November Board meeting.

In his time at Griffith Mick has supported and led various groups that aimed at fostering equality for all students. He served as President of the Griffith Queer Society in 2016. His involvement with GUPSA began as the LGBTQIA+ delegate on GUPSA’s Equity subcommittee, with the intent of bringing about a better student life for LGBTQIA+ postgrad students. Now as equity officer for GUPSA Mick says “I am delighted to have the opportunity to represent a number of groups on campus and will strive to make Griffith a more equal and inclusive environment.” 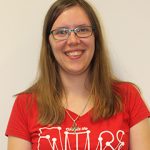 and welcome to Mick who since becoming GUPSA’s Equity Officer was elected as CAPA Vice President Equity at the Annual Council Meeting earlier in December. 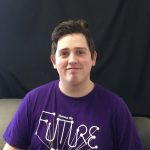 Jump onto this year's First Aid, CPR and Mental He